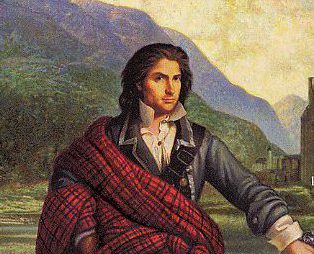 Lately I’ve been asked several times who my favorite character is in Her Mother’s Daughter. Particularly, I’m asked about the fictional characters, because the historical figures are who they were and I must portray them as believably themselves.

But with the fictional folk I get to decide who they are, and even within the requirements of plot that leaves me a lot of room for creativity. Some of them end up being like people I’d want to know, and others not so much. But…favorite? Some may stand out more than others. Even the bad guys can hold a special place in my personal pecking order. A clearly imagined and well-crafted villain is as much a pleasure to read or write as the most stalwart yet Achilles-heeled hero.

For Her Mother’s Daughter there weren’t terribly many fictional characters. The story spans the entirety of Mary Tudor’s life, and that life was filled with well-known people. A few of the point-of-view characters are fictional, and among those I suppose the one who strikes me as most likeable is Niccolò Delarosa, the lute player.

In the story he first appears as a musician in Henry’s court, when Mary begins her rehabilitation to her father’s good graces after the death of Anne Boleyn. He’s an Italian of ordinary lineage, but his proficiency with his instrument and his ability to keep his head down and his mouth shut earn him a career in the royal court. And, to his great agony, he has a crush on the king’s daughter. Poor Niccolò spends the next two decades or so, in Henry’s court then in Mary’s, cherishing her. So near, and yet so far. She longing to be loved, and he wishing to oblige, but never able to say so or express his feelings in any way. Over the years he observes the failure of her marriage, and her unhappiness, unable to do anything about it.

I see him as an ordinary guy with a good heart. A solid citizen, good at his job, and loyal to his master and then his mistress. To me, he falls into the category of the sort of guy I’d like to know. The sort who are all too rare in real life. They exist—I’ve known some—and Niccolò is the essence of those good men I’ve known.

But by far the best of the good guys I’ve written was Dylan Matheson. In my first published novel the main character was a classic fish-out-of-water, ordinary-guy-in-extraordinary-circumstances, square-jawed hero. He was a joy. It amused me to hear about him from readers, for it seemed the women all wanted to meet Dylan and the men all thought they were just like Dylan. (I think we should get them all together!)

Son of the Sword is a time travel story in which a modern guy is swept back to 18th century Scotland and the Jacobite Rebellions. There he meets the love of his life, Caitrionagh, and heroism ensues with the aid of an irrepressible Irish faerie named Sinnan. He was with me for three novels, and when it was time to say goodbye in the fourth book, writing his death scene was like pulling teeth. I didn’t want to do it, but it was time.

Each time I end a book or a series I have to leave characters and move on to new ones. It’s tempting to continue the story past its true ending, but that doesn’t serve the narrative or the audience. Once Dylan’s story was done, he had to die.

Having written sixteen novels for publication, and twelve unsold manuscripts before that, I’ve said goodbye to dozens of characters. But Dylan is the one I remember most fondly.