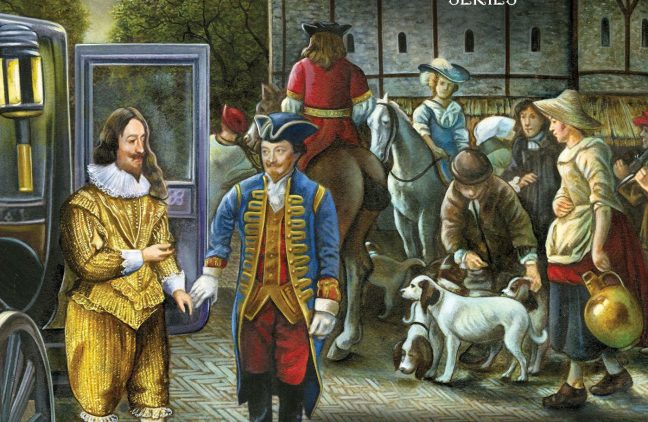 Still in the Pacific Northwest, coping with the aftermath of my father’s death. Today I offer the Author’s Note from the first book I wrote as Anne Rutherford, “The Opening Night Murder, ” where I address the issue of dramatic license in historical fiction.

In my associations with other authors, often I’m drawn into debate about the moral obligation of historical fiction writers to be true to historical fact. Other authors I know claim their stories never deviate from history by so much as a single word or thought. Anything less, they say, is Untruth and perpetuates Confusion among the uneducated and ill-read masses.

I agree that unless one is deliberately and openly writing what is called “alternate history” one should stick as close to the known facts as humanly possible. Hollywood often makes us groan and fidget to see, for instance, William Wallace in a kilt or Jane Grey dewy-eyed and in love with the husband foisted on her by her father. Or Mary I fat and ugly. Or a svelte Henry VIII with a buzz cut and bedroom eyes. I could go on, but I’m sure Gentle Reader gets the picture. Hollywood often gets it wrong, and we expect better from literature.

However, in any work of historical fiction there is a point at which known fact fails us and the drama must be served. It is impossible to know exactly what was said or done in private chambers, and even more difficult to know the inner thoughts of the people whose stories the author is trying to tell. At some point one must start making things up. Storytelling is the glue that makes sense out of random facts. One does one’s best to keep the conjecture to a minimum, and to stay within reasonable limits of plausibility, but there is no getting away from the fact that one’s job is to fill in blanks left by historical documents that tell only a fraction of what went on.

In The Opening Night Murder, to avoid being chained to the history of either the King’s Company or the Duke’s Men, ordinarily I would have invented a fictional theatre to house my fictional troupe and characters for my story. But then I still would have had to place it on an actual London street where no theatre existed. No matter how hard one tries, there’s always the line where fact butts up against fiction.

So why not use Shakespeare’s Globe Theatre, located near what is now Porter Street in the Southwark district of London? Unfortunately, that theatre was torn down in 1644, sixteen years before our story opens.

However, this is fiction. If I can invent a theatre and place it on a spot where no theatre actually stood in 1660, then why not resurrect the Old Globe and put it where it was originally?

Further, with a little hand-waving, why not let this fictional troupe of actors perform Shakespeare’s plays even though only two theatres were allowed a monopoly on “serious” dramas? It’s true that the King’s Company and the Duke’s Men were given patents and Shakespeare’s works divided between them, lesser companies were allowed to perform older forms of comedy, mummeries and mime. But it is also true that one reason for the patents given to the King’s and the Duke’s companies was to control new playwrights who might satirize the king. So my fictional troupe has been given fictional permission to perform the works of Shakespeare and his contemporaries, which could not ever be about the current regime.

Although it is my sincere wish not to annoy my Gentle Reader, who might cry, “But no! That didn’t happen!” I reply, “Of course it didn’t happen. In the words of another great playwright, Oscar Wilde, That’s what fiction means.